Opening Prayer. God, in this season of Advent, grant us courage to  live with courage and to discover your invitations in the unexpected. Amen.

Now the birth of Jesus the Messiah took place in this way. When his mother Mary had been engaged to Joseph, but before they lived together, she was found to be with child from the Holy Spirit. Her husband Joseph, being a righteous man and unwilling to expose her to public disgrace, planned to dismiss her quietly. But just when he had resolved to do this, an angel of the Lord appeared to him in a dream and said, “Joseph, son of David, do not be afraid to take Mary as your wife, for the child conceived in her is from the Holy Spirit…When Joseph awoke from sleep, he did as the angel of the Lord commanded him; he took her as his wife…and he named him Jesus.

I apologize if you are unfamiliar with the spiritual personality tool called the Enneagram, but I have to talk about it a little bit. Why, you ask? Well, because when I try to imagine in my mind a picture of Joseph, the personality of a Nine (on the Enneagram) comes to me. To jog your memory, or to introduce you to the Enneagram Nine, I’ve included an explanation of the Nine from The Center for Action and Contemplation:

NINEs are naturally humble. They allow themselves to be overlooked. They like to stay in the background and cultivate the self-image of not being anything special….NINEs are peacemakers. They avoid conflicts. Their gift of accepting others without prejudice makes people feel understood and accepted….

The life task of NINEs consists in discovering and developing their feelings of self-worth and their own inner focus and drive. They find their way to real love when they have found their way back to their own center. Then the virtue of the NINE emerges which is, surprisingly, decisive action.
At first NINEs waiver and hesitate, putting off everything. But when they reach a decision, it happens in a moment of absolute clarity. They know in a flash what’s involved, and they will do it, often quite well—and look anything but lazy or slothful.

It makes sense to me that God would have sent Jesus to an earthly dad with a nine personality. God needed Jesus’ father and Mary’s husband to be someone kind, humble, compassionate and understanding. A macho man would have publicly shamed Mary, shrugged off angel warnings as bad dreams and gone his own way. Joseph didn’t need to stick by Mary or listen to God. But, Joseph did listen and he did stick by Mary. “[A nine’s] gift of accepting others without prejudice makes people feel understood and accepted.” 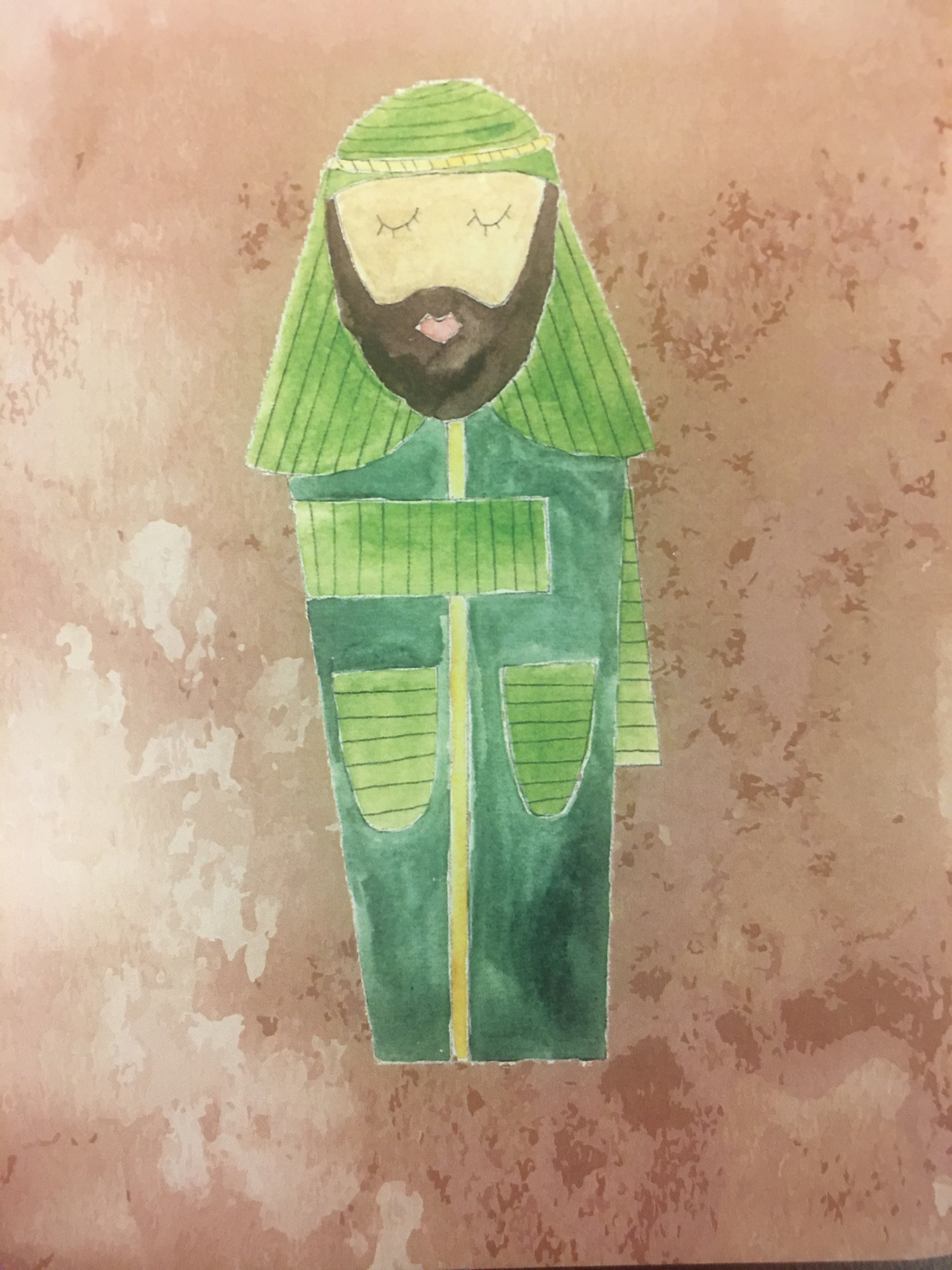 God also needed someone who would enact brave, just, decisive action. Joseph isn’t a Charlie Brown type, hopelessly wishy-washy, paying five cents for psychiatric help. Instead, Joseph, given his own calling by God through the angel’s messages, finds his center and his purpose. Joseph responds with faith, determination, action and hope to his call. Against the grain of his culture, his own personal comfort and his safety, he steps out in brave love. Joseph’s actions could be boiled down to a role as a male provider and protector. But I imagine more for him. I imagine that Joseph’s involvement in God’s mysterious plan was Joseph’s true awakening. And awakening to who God had made him to be- brave, humble, just, and connected to love.

Closing Blessing. A useful prayer for nines on the enneagram is this: “Open Me To Love.” Imagining with me that Joseph did indeed share this personality type, I invite you to take a deep breath, close your eyes and repeat this prayer for a few minutes closing with an “Amen” when it seems good for you to do so.

God, open me to love.

Open me to your love.

Open me to love.